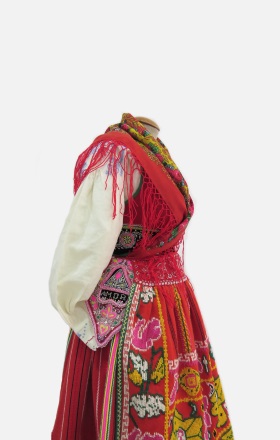 The reddest of all costumes! 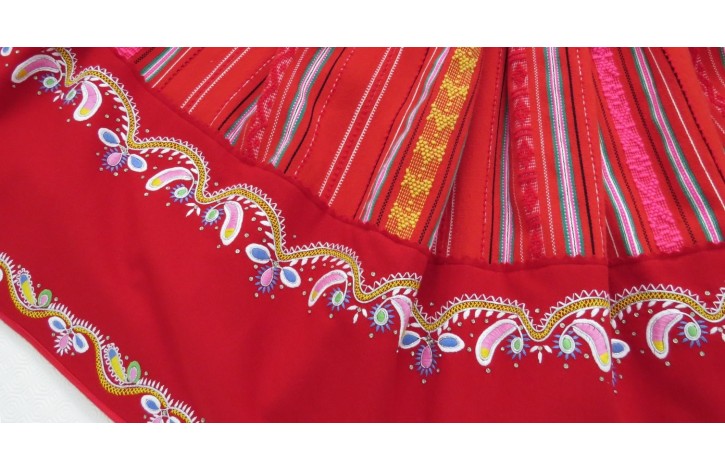 The reddest of all costumes!

15/04/2020
The parish of Areosa contiguous the city of Viana do Castelo lies in front of the sea. It has one of the most eye-catching and joyful traditional costumes from Viana do Castelo, and the reddest of the costumes!
The predominantly red woollen skirts, woven in handlooms have pulls and stripes in green, yellow and pink colours. The hem of the skirt is also red, almost always profusely embroidered.

But what brings me here is one traditional costume in particular, those that is kept by the  Metropolitan Museum of Art in New York. A beautiful specimen from the late 19th century, collected by Stewart Culin in the beginning of 20th century. 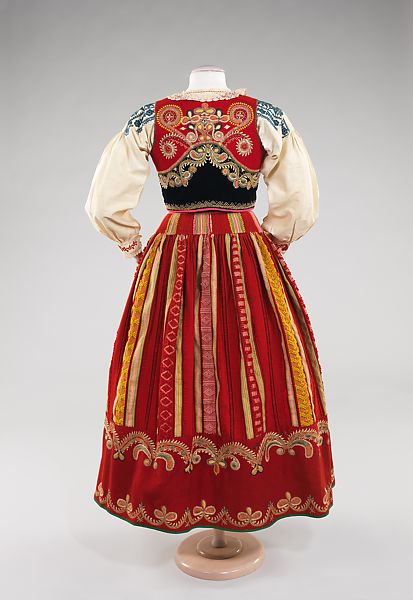 Brooklyn Museum Costume Collection at The Metropolitan Museum of Art

A few years ago, I discovered this costume (if I can say that!) through my wanderings on the internet. Shortly afterwards a young woman enters our store with a photo of this costume in her hand. To our surprise, he asks us to make a lavradeira costume inspired in this previous one.

Thus, the work was born. 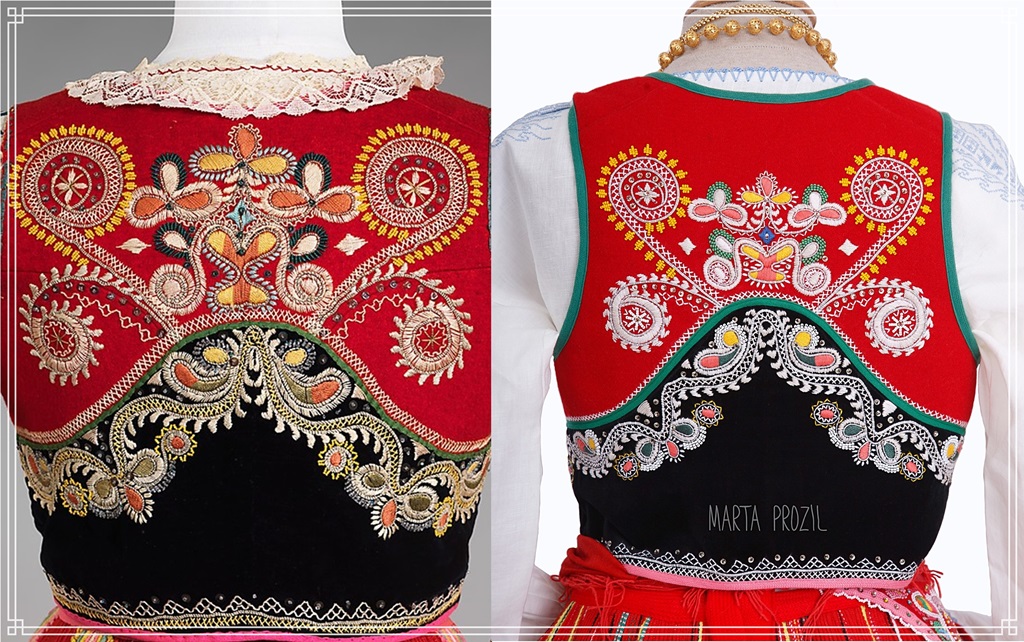